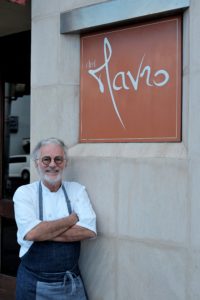 Graeme Kemlo meets a French chef who has been an Hawaiian institution for almost 30 years, and for the past 20 years has operated his award-winning “Chef Mavro” restaurant just outside the hustle and bustle of the busy Waikiki strip. George Mavrothalassitis, born in Provence, migrated to USA in 1985, was lured to Hawaii in 1988 to be Executive Chef of La Mer at Halekulani Hotel, then Four Seasons Maui berfore opening Chef Mavro in 2007. He has won a James Beard Award, the Triple-A Five Diamond rating and is the highest ranked Hawaii restaurant by Gayot.   www.chefmavro.com